Zack Hamilton September 21st, 2007-March 10th, 2011 All parents feel a sense of pride for their children, but we truly believe that the pride we felt for Zack went beyond any parent’s wildest dreams. For a child born with so many “imperfections” according to his genetics, our son was truly perfect in our eyes. Zack lived each day with obstacles that made even the basic functions like eating and walking difficult for him, and yet, he lived his life without knowing he had limitations. He tackled every therapy as merely a stepping stone to accomplish what he was after and when one goal was reached, he found a new one. We admired Zack so much for his perseverance, determination and resilience and saw those traits every day. 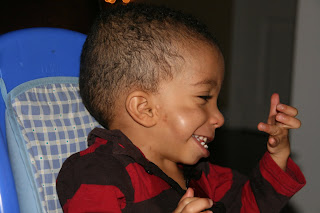 His infectious smile and “walnut cheek” will be remembered by everyone who ever met him; including therapists, doctors, nurses, neighbours, friends and family. He amazed everyone around him with all that he accomplished in his short life, including the doctors who were constantly in awe of his willingness to fight over the last weeks of his life. Even in his last days, we were so proud of our son and how he continued to inspire and impress those around him. 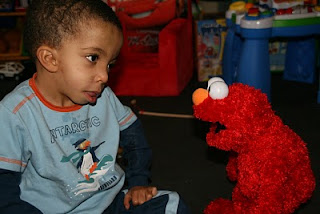 His happiest times were watching Elmo, playing drums, jumping on his trampoline, watching sports with Daddy, riding his red car down the sidewalk, eating Froot Loops and walking around the house after his brothers. Zack loved his brothers with his whole heart. He always showed excitement when they walked in the door from school…he knew the fun was about to begin. Ty will always remember watching his favourite t.v. shows in our room when Zack would walk over and push the buttons to change the channel, laughing all the way at the mischief he was causing. Jayden was forever his interpreter, telling us when Zack wanted a snack or his “soosoo”. While Zack had no words, his love for his brothers spoke volumes in the brightness in his eyes, the way he emulated them and the way they in turn cherished him. 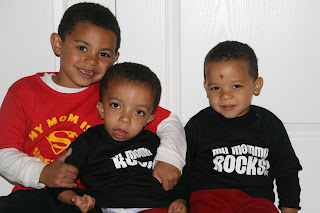 For the last week of our son’s life, we were able to care for him as we had since his birth. While hospitalized for pneumonia, his last days consisted of laying in bed with me and having me be the advocate I had always been. When breathing became too hard, he would curl into me for comfort and listen me sing a sweet song in his ear so he wasn’t scared. When it came time to say goodbye, the words flowed as we thanked our incredible son for all that he had given to us and to our family. I told him how he had made me the mother that I had become…that I still have so much work to do to help other families and that I needed his strength to continue to do this work. Holding him in our arms and snuggling for the last time, our son was safe, loved and allowed to give up the fight.
We will always feel honoured to have been chosen to be Zack’s parents. I am honoured to have been the mommy of this amazing little boy- one who touched so many people. How could I have been the parent of someone who was truly so great and so special?
We have been forever changed by the three and a half years that we spent with our “miracle on earth” and our lives will never ever be the same, because of him.
We thank you from the bottom of our hearts for your emails, comments, blog posts, donations, food and cards.  The outpouring of love for our family is further evidence that our amazing son continues to inspire others.